In Miami, it is possible to find the widest variety of restaurants from various parts of the world. One option is to enjoy the Cuban chicken recipe that became famous in the last century.

You can find this dish at the Rancho Algibe restaurant in Hialeah.

And Yes!. Algibe is written with “g”, although the correct grammar in Spanish is with “j”.

The issue is that initially the word was written with “g” due to its Arabic origin.

An “aljibe” is an underground water reservoir. It was mostly used to save rainwater.

It turns out that this story takes us back to Cuba in 1946. The grandfather of Sergio García (Chef Sergito), a farmer who had rented land on a farm called El Algibe, decided to re-open an abandoned restaurant there.

Despite being about 20 kilometers from Havana, the entrepreneurial spirit found the magic formula. Or 2 magic formulas.

The first formula: roast chicken with grandma’s secret sauce. This recipe became a flagship dish of Cuban cuisine of the last century.

The second formula: the initiative worthy of natural entrepreneurs to attract the growing clientele of American tourists to that secluded corner.

Without having attended any school of Economics or Business, the García established a system of commissions for the drivers who served the American tourists in the Port of Havana.

At that time, travelers arrived in waves on the ferry that connected Florida with the island.

In addition to the food, the tourist enjoyed a tour of the farm where he knew the life of the farmer and could buy maracas and other souvenirs.

The greed of the owner of the farm led him first to raise the rent from 40 to 300 pesos a month and then to terminate the contract to keep the flourishing restaurant.

But in gastronomy – as in almost everything – you need to have an “angel” and in just 6 months with the new owner, the business went bankrupt.

Then the Garcia family opened another establishment in 1953, one kilometer away from the first restaurant. This was given the name of Rancho Luna del Wajay.

The 2 secret formulas worked and it was no longer just tourists. Cubans in Havana and other nearby towns also made Rancho Luna their favorite place.

Perhaps, paraphrasing Hemingway could have been said then: my pig in La Bodeguita del Medio; My chicken in Rancho Luna.

To get an idea of ​​the place occupied by the restaurant in Havana life, it can be said that great figures such as Humphrey Bogart, Pedro Armendáriz, Ava Gardner and Errol Flynn passed by.

It is said that it became the busiest restaurant in Cuba with 450 seats. And an anthological recipe for Cuban chicken.

Already in 1958, they received offers from the president of the country Fulgencio Batista, Indalecio Pertierra (owner of the Montmarte casino) and even from Meyer Lansky.

On behalf of the Lansky, Santos Traficante offered to buy it for the extraordinary sum for the time of 300,000 pesos (300,000 dollars).

But the family refused to sell and continued with their business, which they then expanded to another Rancho Luna on Calle L in the Havana neighborhood of El Vedado in 1959

Sergito explains that it was in this second Rancho Luna where sleeping black beans (thick) became popular. The secret, he says, is to apply the seasons also with a formula inherited from the grandmother.

After both restaurants passed into the hands of the State (in 1963 and 1964) the Garcia managed another similar (state) establishment in 1993.

This restaurant that gained fame again in Havana was baptized as El Aljibe (with j), in the Miramar neighborhood.

But the secret recipe of the grandmother’s chicken – inscribed in the annals of Cuban gastronomy – traveled to Miami with the grandson.

When he opened his restaurant in Hialeah he could not use the name of Rancho Luna, because he had been registered by another businessman.

So he decided on a denomination that includes the whole family tradition: Rancho Algibe, with the original “g”.

In Miami, Chicken with the secret recipe.

Today, Sergito tells Wellness Destiny, the original recipe is still being made in Hialeah.

The place located at 1197 W 37th St, recalls on its walls the family tradition.

But above all, it is imposed on the table. Here the chicken is served with white rice, sleeping beans (thick), the grandmother’s secret sauce and cassava with homemade mojo.

A detail pointed out by Sergito, is that when serving, not all rice is covered with beans. This allows the diner to also taste part of the rice flavored with the grandmother’s sauce. A delicacy by itself.

However. Like any good Cuban chef in Rancho Algibe, you can taste other traditional dishes of that cuisine, such as maroon pork masses (also grandma’s style) or Habanera Picadillo.

To other very popular meals in Cuba on the menu are added others such as the Lamb Montuno, cooked with wine, one of the popular dishes of the establishment.

Sergito says that another key to success is the use of original ingredients only.

“We don’t use powders or cans, we cook like grandma. The recipe is preserved with the original ingredients. We buy the garlic with peel, the pepper, and the tomato and we process it. Everything is fresh and natural. ”

But beyond all, he confesses, Grandma’s chicken sauce is still an addiction and the key element of this culinary expression.

And this restaurant is also one of the attractions of Miami for its residents and visitors who want to enjoy the Cuban gastronomic tradition. 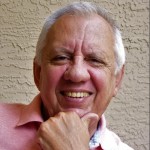 Diamonds are forever.  Also the wine